Stuart left St David’s in 1995; he wasn’t the most academic of people, and, as a slightly reluctant member of Lower 6th, it was decided by his family that he might be better off in the outside world.
Stuart’s main strengths at school were talking his way out of trouble and as a sportsman - he was a prop for the 1st XV and for a couple of years scored the most runs  for the 1st XI cricket team. He also got a few GCSE’s and says that he really enjoyed spending time chatting to Keith Lennard, his housemaster. Coincidentally, Stuart was in the same year as Dan Lycett, the current Head of PE.
After St David’s, Stuart trained in Chamonix, France, and spent some time working as a volunteer on coral reef conservation in Madagascar, but at the age of 25 he returned to Wales to take over the running of the Ty Coch Inn with his mother the force behind the throne. Stuart believes that his time at St David’s gave him belief in himself, confidence and the ability to interact effectively with both customers and employees; he is married to Gemma and has two stepsons, Morgan and Keelan.
The Ty Coch is often visited by Old Davideans and oldish staff - The Seymours, the Halls, Martin O’Leary, John Smith and Hilary Bradman.
As the pub is on the beach in the sheltered bay, customers have to park at the Golf Club and walk for ten minutes for their drinks and repast. Due to this the pub has its own defibrillator! Also, the pub hosts its own events: there are musical festivals in the Summer and it is open for celebrations on both Christmas and New Year’s Day. At these times the place is really buzzing.
The Ty Coch is a unique place. It has been mentioned by Chris Evans on his Radio 2 Breakfast Show and has been judged the 3rd best beach bar in the world by cheapflights.co.uk. It is well worth a visit, and who knows, mention St David’s, and Stuart might buy you a pint! 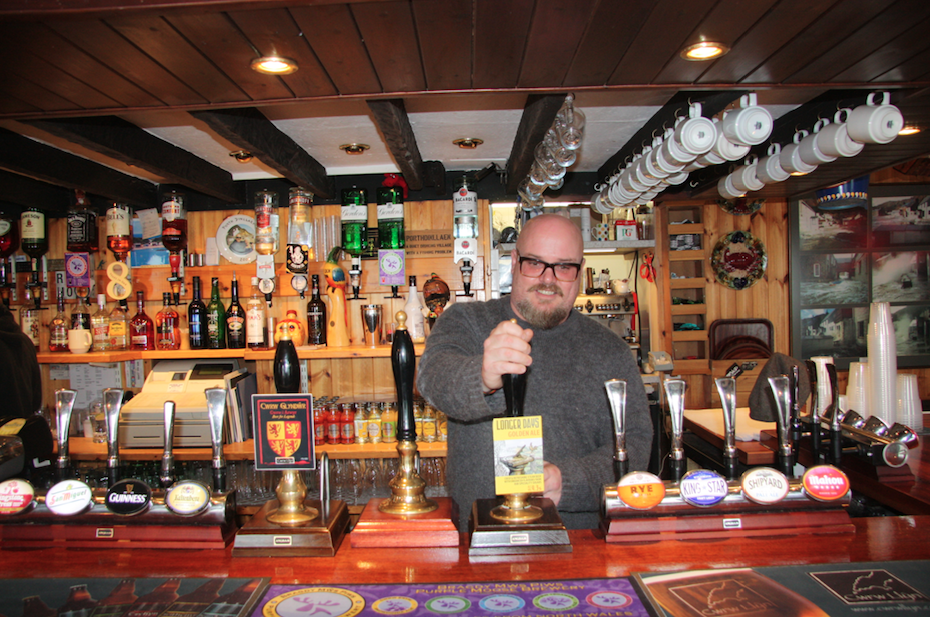