Thanks to the hard work of Nicholas Ward, our archive room is really taking shape. We have lots to share with you so over the coming months, keep an eye out for pictures and stories of your school days.

Circa 1970?
David Rawlinson, along with Michael Harris, managed to persuade John Mayor to allow this unusual outing to take place. Both boys were Tranmere fans. Tranmere lost to Everton 4-0 unsurprisingly. Notice the wonderfully formal and smart uniform - tweed jackets! David, a founder member of the school, became Head Boy and finally a much respected Chairman of Governors.
Others named in the article are: Martin Biggs, John Bateman , Gareth Owen, Ross Weddle, Peter Sykes and Timothy Dunk.

Are you in this photograph? Do you remember the outing? Does anyone remember the teacher Mr Gordon Thomas (who looks more excited about the outing than the boys!) 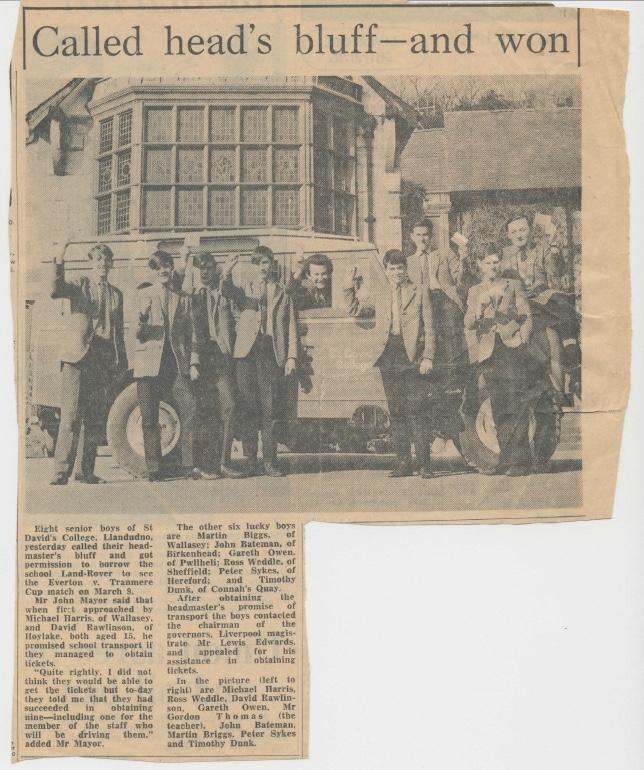 Called Head's Bluff
1970
Blast from the past